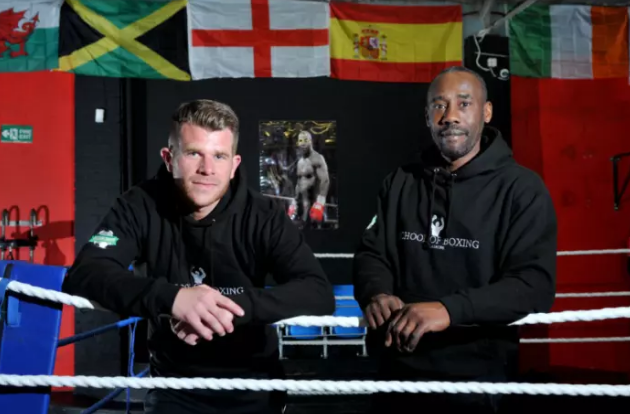 May 18, 2017 By Grace Bennett Comments Off on Our Client Elliot Opens The Lancashire Boxing Academy!

A pioneering new boxing gym – believed to be the first of its kind in the country – has opened in Preston. Lancashire Boxing Academy opened its door for the first time on Monday at its base in Shepherd Street, in the city centre.

The brainchild of boxing coach Robert Francis and a former pupil of his Elliot Livesey, the establishment will act like any other gym during the evening but during the day will house 18 students. They will study for a BTEC diploma in sport as well as being handed the opportunity to train as boxers on a daily basis. The gym is unique as it will offer bright, young prospects the opportunity to earn a qualification at the same time as developing their boxing skills.

The centre will be run in conjunction with Creativity Works, which is a charity set up to help troubled children who have been expelled from school or young people who are unemployed. Livesey, who runs an overseas football agency called Soccer Smart Ltd, which is based in Cotton Court, said he was personally proud to be involved in the new initiative. “It’s quite difficult for any young boxer to do the sport full-time without doing a job at the same time, but this is different. “It’s a bit of a first because young boxers can come and box every day as well as earning a qualification in sport which will be the equivalent of three ‘A’ Levels as long as they get the relevant grades.”

For Francis, the establishment of the gym has been a lifelong ambition. “It’s very, very exciting for me,” said Francis, who is aged 46 and used to box as an amateur for England. “I have always wanted to open my own gym and it’s great that we will be giving students the chance to get an education as well as train to be boxers.”