Cotton Court Business Centre > Latest News > Events > Prestfest to return to the city with a bang! 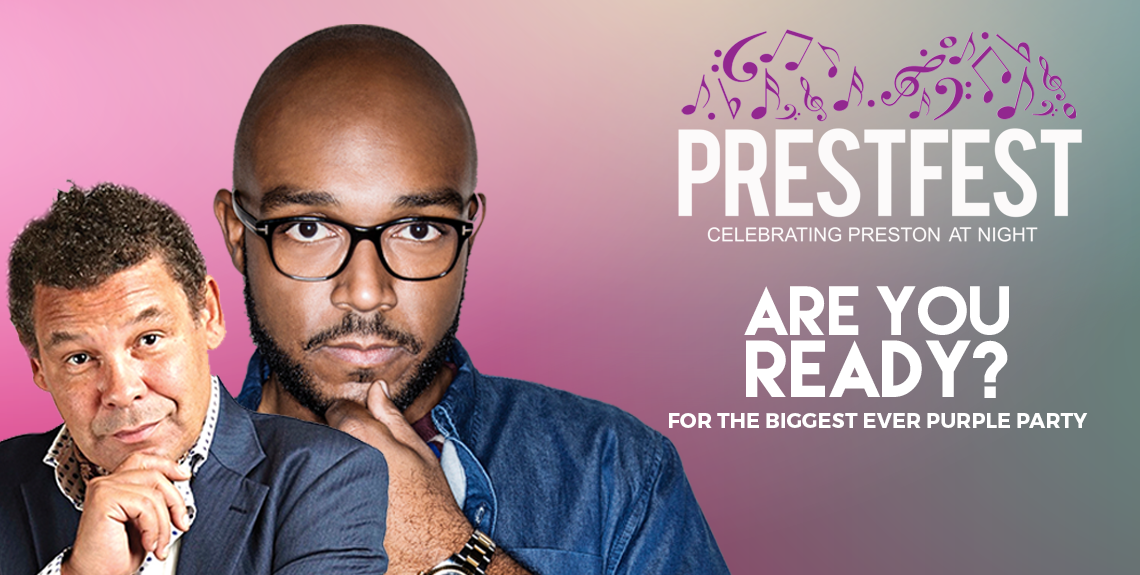 Prestfest to return to the city with a bang!

October 27, 2015 By Admin Comments Off on Prestfest to return to the city with a bang!

Cotton Court Business Centre has once again been asked to support the promotion of Prestfest by The North and Western Lancs Chamber of Commerce andPreston BID (Business Improvement District) to work alongside them on a project that will join together a selection of city centre venues in a steering group to bring you Preston by Night.  Preston by Night promote and raised awareness online for a new event called Prestfest, in the past a 3 day celebration of Preston’s evening entertainment. This year is going to be slightly different!

So what is Preston by Night and why have they the venues come together to promote Preston as a good night out? Find out more from our past blogs

For more information about this prestigious award visit www.purpleflag.org.uk

Cotton Court Business Centre have been tasked with increasing the event awareness and their social media awareness, customer interaction, design, online branding, photography coverage, and the support of all the business within Preston City Centre that are taking part in the festival by promoting their offers and activities.

We are continuing to work with the Chamber, BID and Preston by Night group to develop and evolve the project.

Get your FREE tickets for The Prestfest Party – Saturday 31st January 2016 Now!

Superstar DJs MistaJam and Craig Charles will perform at Preston’s ‘biggest ever night-time party’ in January 2016 after agreeing to appear at Prestfest’s Purple Party. In the form of a huge free gig on the Flag Market, with thousands of free tickets being made available for the event.

A world-class sound and lighting system, together with a live visual and FX show, will create an outdoor nightclub with the special guest DJs performing to the audience from the balcony of the historic Harris Museum and Art Gallery.

MistaJam, an international name through presenting on BBC Radio One and performing at the UK’s biggest festivals and weekly residencies at some of the world’s best super clubs such as Ibiza Rocks and Mallorca’s BCM, will perform a headline set.

BID manager Mark Whittle said: “We are delighted to announce two huge names from the DJ circuit to our Purple Party in January.

“We have been promising this will be the biggest free night-time party Preston has ever seen since we first launched the event in late September and now we can truly back that up.

“We have two acts that are incredibly well known between them and will appeal to a wide and varied audience, which is exactly what we want to attract to our great city.

“The whole point of the Purple Party is to get thousands of people into the city early on to enjoy a good time before heading out into our local nightspots to enjoy what Preston has to offer – award-winning nightlife and a huge welcome.

You can also follow Preston by Night & PrestFest on Twitter: @PrestonByNight & @PrestFest Or use the hashtag #Prestfest